THE LARGEST B2B EXPO-CONFERENCE
IT & DIGITAL SOLUTIONS IN CEE

Join the architects of tomorrow and shape the digital future of your business
throughout 90+ speaking sessions full with sparkling content.

Having started during the heady boom days of late 90’s San Francisco, Deirdre McGlashan has been involved in all aspects of digital marketing throughout her career, from strategy to media to technical development and everything in between. As Global Chief Digital Officer for MediaCom, her role is to ensure the full power of technology and interactivity is utilised to drive business growth for clients’ brands, from thinking about the entire marketing system when developing communications solutions, to harnessing and using different types of data for identifying opportunities, solutioning and execution, through to delivering specialist excellence in activation. Having this understanding of the holistic digital picture and experience with how things are built from the very beginning has given her a strong base to help clients make the most of their Content + Connections.

Prior to this role, she was Head of Digital, Global Clients for Aegis Media for three years and before that the CEO of wwwins Isobar Greater China (an Aegis Media company), a team of 220 digital specialists across strategy, creative, technology and media across Greater China. In the independent agency space, Deirdre was a Founding Partner at AnalogFolk, a multi-disciplinary marketing communications agency in London that fuses both analog and digital communications channels.

James Bidwell is CEO of Springwise, which operates at the heart of the global start-up, enterprise and innovation communities.

Springwise is a global, crowd-sourced innovation intelligence platform, which publishes the top 3 innovations in the world every day and is read by over 160,000 opinion leaders in 190 countries. Springwise is powered by a global community of over 20,000 Springspotters, offering a unique perspective on the future of our world.

Springwise works with businesses, governments and educators to develop and drive innovation for positive change.

Prior to Springwise, James worked for 20 years in businesses where change and innovation were mission critical. Notably, he served as Marketing Director, Selfridges during the turnaround, CEO Visit London in the lead up to the Olympics and CEO Anthropologie, Europe spearheading the launch. James has also played pivotal roles at Disneyland Paris, eToys and Sega as well as leading the turnarounds at Cass Art and EasyArt.

Springwise is a proud member of 1% for the Planet.

Kristoffer Ewald is an internationally recognized digital strategist with 17+ years of experiences around digital in consulting, entrepreneurship and agencies.

His career has included a web agency called Silvertag in the happy days of pre 2000 internet, NxT@Copenhagen Institute for Future Studies to incubating THNK, an innovation consultancy that was sold to Saatchi & Saatchi in 2003. Later he launched a series of startups including The Milk, a first mover on online strategies consulting focused on usability, behavioural analysis and analytics, later acquired by Netbooster Group based in Paris and Europe’s largest independent performance agency.

Kristoffer now acts as the Group Chief Innovations Officer and leads the team that delivers data-driven strategies to strategic clients and drives change. Kristoffer have been active in the Digital Analytics Association since its early days and have participated in its Research Committee. Kristoffer was a founding member of the board at Association of Danish Digital Agencies. Kris has developed 5 flourishing startups.

Kristoffer is a very popular and well received international speaker with well over 150 talks on his path. When he’s home he lives with his wife and two young kids in Zug, Switzerland where they relocated from their native Denmark and where he rides his bike to work and dreams of the days when there was still enough free time to go adventure racing. 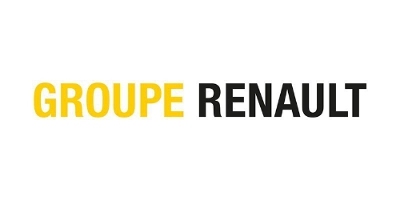 Patrick Hoffstetter is Renault’s Chief Digital Officer and director of the company’s “Digital Factory” where he is defining digital strategy for the Group. The Digital Factory was created at the beginning of 2011 to accelerate Renault’s evolution in all things digital.

A graduate of HEC business school, Patrick began his career in New York, where he worked for Rail Europe Group, a subsidiary of SNCF.  He returned to Europe to take up a development role for Eurostar, before being promoted to International Strategy Director for SNCF.

In 2000, Patrick entered the world of high-tech, joining SFR as Director of Marketing and then of Multimedia.  He subsequently joined Yahoo Europe where he was in charge of products and services from 2005 to 2007.

Patrick has also served as CEO France for Lasminute.com, which he joined in 2008, before being promoted to Vice President for Europe.

Patrick Hoffstetter is a co-founder of the eG10 club which is composed of 12 CDOs (Chief Digital Officers) from different sectors, mostly within the CAC40.  The aim of the club is to provide indepth sharing and brainstorming for digital executives of big corporations.

I started to work in advertising in 1994 at Graffiti BBDO Romania as a Research Manager and I have been promoted as Strategy and Research Director in 2003. Starting with 2008 I am the Integrated Communication Director of the whole BBDO Group Romania, including Graffiti BBDO (the advertising agency), Kaleidoscope (digital agency), Proximity (the CRM agency) and Graffiti PR (the PR agency).

Dr. Patrick Kramer has a long history of work-experience in leading IT- & consulting companies like PriceWaterhouseCoopers or IBM and has been working in the areas of “Digital Transformation”, “Performance Management” and „Internet-of-Things“.

Having been a biohacker for many years, in May 2016 he turned his hobby into a start-up and founded the biohacking platform “Digiwell – Smart up your life” (www.digiwell.com).

In Patrick’s vision wearables will more and more be worn under the skin and not on the skin – the rise of smart implants. Wearing an implant himself, he experiments with the next-generation of implants in his body: From an “Internet-of-Things” to an “Internet-of-Us”, where we all are connected directly to the internet through brain implants. 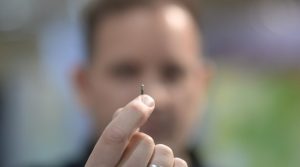 Ben Williams
Director of operations and communications
Eyeo (Adblock Plus)

Ben grew up in the small town of Morehead, Kentucky. Before starting at Cologne-based Eyeo GmbH in July of 2013, he worked at the German Embassy in Washington, DC; prior to that he worked mainly in non-profit organizations. Eyeo makes the world’s most popular browser extension, Adblock Plus, which has been downloaded over 500 million times and in late 2011 began its Acceptable Ads initiative to try and broker a compromise in the often contentious relationship between marketers and ad blockers. He has been instrumental in spreading that message to a larger audience since he began in 2013. Other than that, he collects records and cassettes, writes, reads and claims to occasionally exercise. Ben is 36 and lives in Bonn, Germany.

Are We Cyborgs Yet? Future of Fashion Technology
Main Stage
Haymi Behar
CDRO

Haymi is a seasoned digital media & technology professional with over 15 years of experience in marketing, communications, publishing & dot com businesses, currently leading the digitalization processes of one of the largest broadcasting media providers in Europe, Doğan TV. Previously, in one of Europe’s most prominent news outlets, Hürriyet, he led all the digital marketing & monetization efforts. He was also co-founder of content start-up Boomads, the largest blog network in Europe, headquartered in Berlin. Before that Haymi founded Turkey’s first online kids and youth platform Tipeez.com.

Mihai is a Software Development Lead at Hudl, a sports technology company that builds analysis tools for coaches and athletes at all levels to help them win.

He splits his time between building core features for Hudl’s sport platform, managing developers, and being actively involved in the React and JavaScript communities. His experience encompasses a wide range of fields, from robotics and natural language processing to front end web design and user experience.

Moreover, he is very passionate about cutting edge technology and about sharing his experience building software. You can find him on Twitter at @MCirlanaru.

Daniele (@yellif) is co-founder of Creative Social, a club for global creative and brand leaders who believe creativity and innovation will deliver better business and culture. He also runs Mutant, a momentum consultancy which helps businesses deliver change and growth opportunities through collaboration, creativity and innovation. Daniele is also extremely active in the diversity arena as co-founder of Token Man, an initiative to give men in industry a better understanding of the challenges women face in business and a greater empathy for when they are in the minority, as well as being one of the brains behind The Great British Diversity Experiment.

Previously Daniele was CEO of Profero, which he helped grow into a 300 strong global businesses with over 10 offices worldwide and was most recently Head of Innovation at Cheil Worldwide. In 2014 he was voted in the Top 10 of the UK digerati by the Drum.

Daniele has co-edited and co-authored a number of books including the latest Creative Social book: Hacker, Maker, Teacher, Thief: Advertising’s Next Generation. His passions include travelling to exotic places, cinema and Arsenal football club. 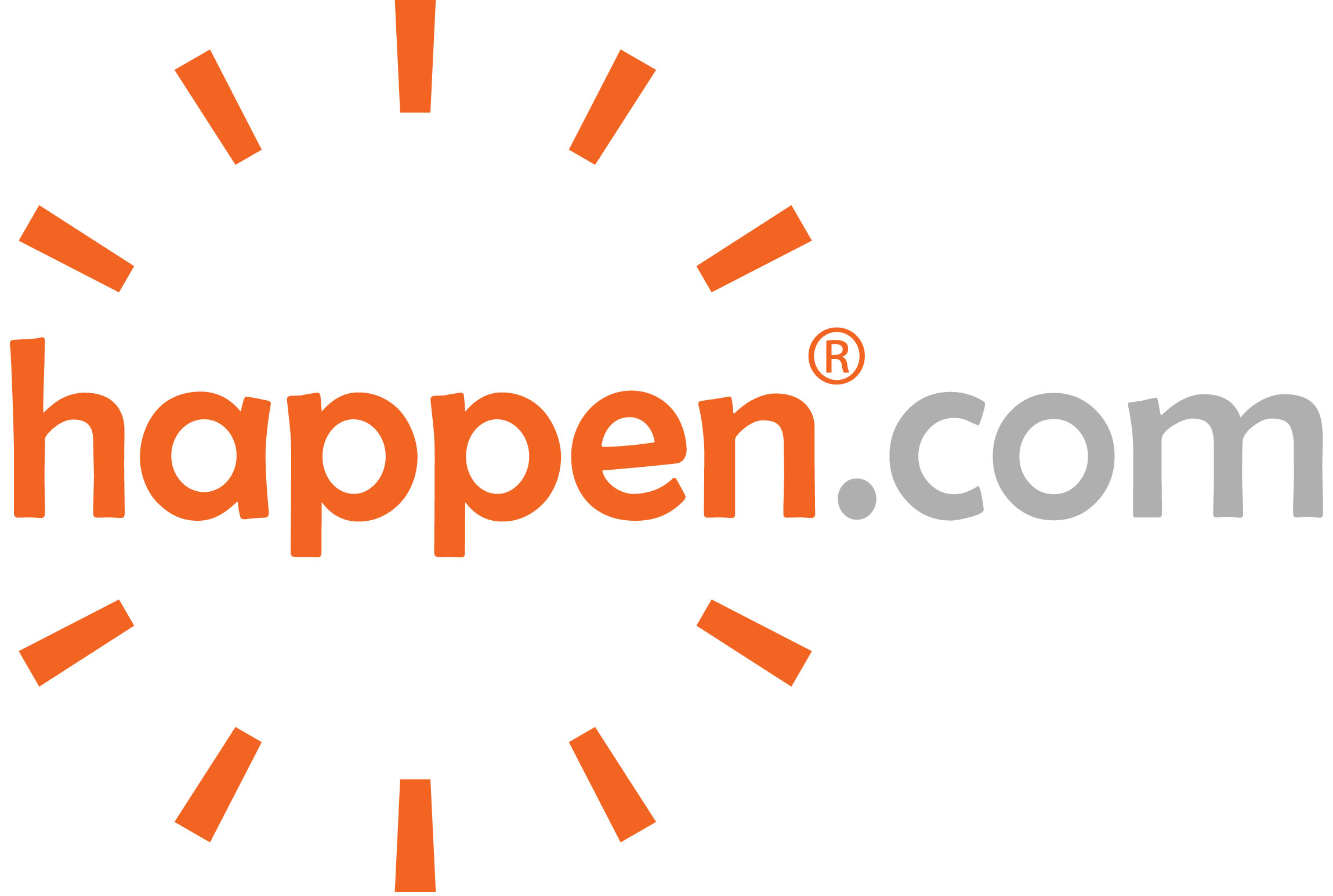 Costas is one of the founding partners of the Happen Group. Since 1996 he has worked across the globe in many areas of innovation, from strategy to design, from commercialization to manufacturing. He has continuously pursued the balance between technology, consumer need and business relevance, driving for the innovative leap to achieve all three.  Costas has enabled insightful, commercially viable innovation across cultures and categories on all continents (including the Antarctic), for clients such as Mondelez, Heineken, Sanofi, TUI, SC Johnson, HSBC, Reckitt Benckiser and many more. He is an acclaimed satirist and author on the topic of business & innovation.

Doug oversees the strategy discipline at AnalogFolk London where he is responsible for a team of thinkers and doers whose expertise ranges from product development to content, and from data and branding.

Before AnalogFolk Doug worked at the digital creative boutique Agency Republic where he learned how to make amazing digital experiences. And before that he spent his early days at RAPP, where he learned the less thrilling, but just as important, discipline of data driven marketing. In his time he has helped develop digital strategies, create new digital services and campaigns for a range of clients. Including AkzoNobel, Unilever, Vodafone, Sainsbury’s, Diageo and Unicef.

Outside of his role at AnalogFolk Doug has written for Campaign magazine, spoken at events like Digital Shoreditch and has probably taken his interest in digital too far by giving his baby daughter her very own Instagram hashtag.

AnalogFolk. A global, independent, creative agency who create new value for their clients by using digital to make the Analog world better.

Robert Kubis is a developer advocate for the Google Cloud Platform based in London, UK, specializing in container, storage, and scalable technologies.  Before joining Google, Robert collected over 10 years of experience in software development and architecture. He has driven multiple full-stack application developments at SAP with a passion for distributed systems, containers, databases, and performance optimization. In his spare time he enjoys following tech trends and good restaurants, traveling, and improving his photography skills. 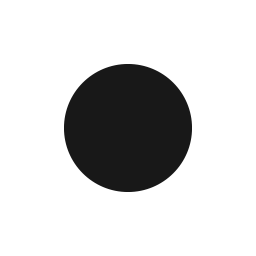 Pak
The Nothing
Undream

Pak is currently at uncharted space experimenting with new forms of creation and communication, discovering, learning and teaching along the journey.